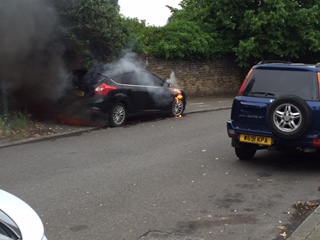 There was a car fire in Crescent Road, down the side of the kebab shop early this morning. Erith Watch member Emily discovered the fire and rang the emergency services. The fire was extinguished shortly before 7am. Well done to Emily, as had the fire continued and the cars' petrol tank ignited, it could have endangered other vehicles, and also the occupants of the houses opposite. It is thought the fire was likely the result of an electrical fault, rather than criminal activity. In the event of encountering such a situation, dial 999 immediately. 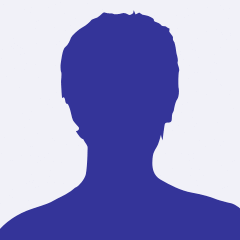